I have worked with Bimm Ridder Sportswear for over a decade for the teams that I buy for. In my experience, there is not a licensee that has a better art department, turn-around times, or customer service than Bimm Ridder. Besides offering everything from newborn up to adult sizes, as well as headwear in their annual catalog and design lines, we use Bimm Ridder exclusively for all our special event merchandise such as Pink in the Rink, Bark at the Park, and dozens of others. I know that every time I place an order with Bimm Ridder that my merchandise will look great, fit great, deliver on time, and at competitive prices. What more could you want from a licensee?

Also, just wanted to reiterate the great service, you, all of the graphic artists, and your company provides. It has definitely been a struggle with some other vendors this year for me, but I never experience that with Bimm Ridder. Thanks again! 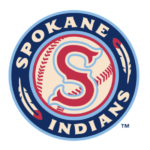 I wanted to let you know that the crews and long sleeves arrived. They look great. We are very excited about being able to sell them today. Thanks again for all your work, Stephanie (to rush this order through within 1 week in time for our event). 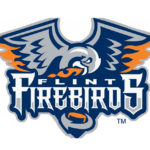 Bobbi is my rep for Bimm Ridder. I have been working with these guys for over 3 years now and have nothing but immensely positive things to say about the experience. They have been great with providing variety, or bring my random ideas to life with their art department.

There is essentially nothing they cannot do, and if you are looking for something, they can typically find it. Turnaround times are great, the receiving process is incredibly simple as is invoicing, and if they were licensed in the NBA…cough cough….they would easily be one of my top 3 or 4 vendors (they were my number 1 in El Paso (Chihuahuas)).

I have never had an issue with a deadline, art request, or quality of product. (She) is the number one person that comes to mind. 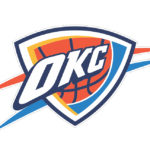 I was happy with the products and the designs we purchased from (Bimm Ridder)! I am looking forward already to see what new things we can bring for next season. 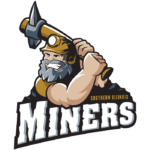 Y’all have been fantastic to work with! Super quick and responsive with everything I have asked and needed! It has made the ordering process so easy and fun!

I just have to take a minute to tell you something I’m sure you already know. Your company, and Bobbi, are absolutely the BEST!

This year, the IronBirds are jumping on the new craze in Minor League Baseball, and re-naming themselves for a day. We are going to be playing a game this year as the Aberdeen Steamed Crabs. The team developed a logo and a special jersey for the day, and I ordered both caps and tees with this special logo. Just last week I found out that the team was releasing the information about the Steamed Crabs on March 9th and was asked if I could have merchandise available to sell at that time. I had already placed an order for a tee with Bobbi, but had it scheduled to deliver in early June, before the season started. Artwork hadn’t even begun yet.

I sent Bobbi an e-mail and asked if there was any way possible to get the shirts done by next week. I gave her the information to which the reply was “no problem.” She and Keith started working on the order and the artwork, got me designs to approve and began the process. Today I just received the order – a week after starting the process and a week before the deadline. And they look GREAT! I can only imagine how busy you must be with all of the orders from teams throughout baseball with Opening Day just around the corner, but somehow your crew came through in record time, with the standard “no problem, we can handle anything” approach.

In 20 years of dealing with Bimm Ridder I can’t recall a single time where I have gotten an order that wasn’t accurate and on time (even the year you dealt with the flood devastation). You and your company, my friend, are the GOLD STANDARD! I’m sure you have to deal with complaints from time to time (but in your case very rarely because what is there to complain about), so it is only fair to make sure that OUTSTANDING CUSTOMER SERVICE also gets recognized.

So thank you to you and your staff, particularly Bobbi and Keith, for everything that you do to make business easy on my end. 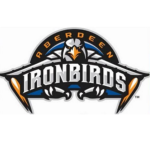 The Great Lakes Loons have had the pleasure of working directly with Bobbi Larson over the past ten years. When I think of exemplary service-Bobbi always comes to mind! Bobbi is focused on meeting our needs timely and always makes me feel like I’m her #1 priority. Bobbi is a true leader in the service industry and lays out all your options to help you make the best decision you can for your business. Supportive-timely-professional service is ALWAYS delivered by Bobbi Larson and Bimm Ridder! 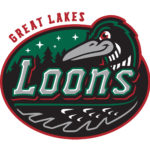 I just wanted to say thank you to you and your team! I’ve had so many issues with merchandise being incorrect, stuff for the team not being shipped, orders not being placed when I send them to vendors, etc.… from other vendors but you guys never cease to amaze me (and everyone else around here) with how incredibly easy it is to work with you guys! ???? Just know that I truly appreciate working with you!

Everyone is very professional and pleasant to work with. We and our customers love the items and designs that are ordered. Bimm Ridder is very efficient from starting the design process to the final product being shipped. I will continue to use Bimm Ridder for years to come!!

Thank you for everything you do!! 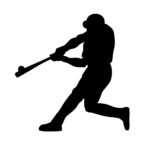